The Difference Between Public Relations And Reputation Management

When it comes to the business world these days, it’s important to understand how easy it is for people to know about you. With the rise of the internet and the proliferation of social media, it’s outright impossible to keep things hidden from the world at large. 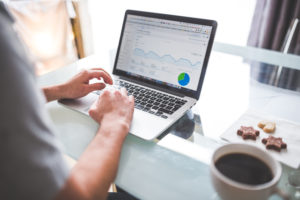 There was a time when basic PR was good enough. You could hire a PR company, and they’d make sure that your general appearance to the public was still solid. However, these days Public Relations involves so much more. It’s not just a matter of interactions with the public. It’s also a matter of reputation management.

What’s the difference? Public relations is a more general term that refers to ensuring that your company’s interactions with the public are professional and appropriate. PR is the sort of thing you want when you have to have an interaction with clients, or major press releases.

SEO Reputation management refers to ensuring that the things that will be left around in a historical context will still be acceptable.

In the world of social media, there’s something called viral content. This refers to something that manages to catch a large number of people’s attention in a short amount of time. It’s often things like Twitter posts, Youtube videos, or posts on Facebook, but there are other things that can go viral on blogs.

The problem with viral content is that it tends to stay in the public conscious quite a bit longer than a basic public interactions. When your company deals with a client, generally that’s just one client. That client might make a big fuss if things go poorly, but at worst you’ll only lose a bit of business. This can be problematic for a small business, but it’s something that can be overcome.

When something goes viral, it’s impossible to keep a lid on it. People from all across the world begin posting about it on their various social media like Twitter pages. Even though it may not be noticed by traditional news outlets, such as televised news or newspapers, it quickly becomes known to a huge number of people.

Reputation management deals with mitigating the damage from these situations, and ensuring that your company has a good reputation going forward. There’s no way to stop the viral thing from getting out, it’s already out there. In point of fact, trying to hide it can often lead to making everything even worse. It’s a documented issue, referred to as the Streisand Effect. The more you work to erase evidence of something on the internet, the more people talk about it.

But when public relations break down, you need reputation management. Because only then can you ensure your company won’t be suffering long-term damage.

For more info on our company please visit our website at https://www.billraup.com/philadelphia-seo/ and Youtube Page – SEO in Philadelphia Pennsylvania.

Want to join the discussion?
Feel free to contribute!

Find Out How Your Site Is Doing!

Get A Free SEO Audit Report!

Paste your URL below and get full in-depth SEO report and SEO tips.

SEO Is Not Dead

Benefits Of Web Design
Scroll to top
COVID-19 UPDATE: As for your business, it's especially important to let the public know the sanitary steps you and your team have taken to reduce the spread of harmful viruses. Notices that pop up on your site, like this one, are easy to install and customize. Press the button below to learn how you can do this on your website in under 10 minutes. DismissLearn More